There can be multiple causes for any effect. To know thoroughly about them we should understand their importance in the production of karya. Based on the role in producing karya and influence on it the karanas are divided in to three types- samavayi, asamavayi and nimitta karana.In clinical  practice, if any disease is the karya,  Underlying dosha dushti acts as the samavayi kara Combination of dosha and dushya that is dosha dushya sammurcchana becomes asamavayi karana   and All the apathya ahara viharas resulted in the disease  should be understood as nimitta karana.Regarding the phenomenon of cause and effect so many theories have been postulated by ancient Indian scholars. All of them deals with the mechanism by which the effect is resulted from cause.Most important among them is satkarya vada of samkhya darsana. According to this theory the karya is incorporated in karana in its subtle form. On manifestation only it is revealed.  In the case of “cause and effect” the way in which karya is interpreted from karana, in the same way karana is interpreted from karya.

Ans : Karana : cause is the factor that is searched. Success of works lies in accuracy of identifying exact cause. There are 3 characteristic features to identify karana. They are अन्यथा सिद्धि शून्यत्वं- if the effect can not sustain when some factor is destroyed, that factor should be identified as the cause for it. नियतत्वं- if some factor is found invariably in association with effect ,that can be its cause. Means that, cause is fixed for every effect. पूर्ववर्तिता- if something is always found prior to the production of effect, it can be the cause. In other words, cause should always be present prior to effect.                  by examining these 3 features we can identify cause of any karya.               There can be multiple causes for any effect. To know thoroughly about them we should understand their importance in the production of karya. Based on the role in producing karya and influence on it the karanas are divided in to three types-   समवायि कारण-             the cause which is in inseparable relationship with the effect should be identified as the समवायि कारण. It is usually the material cause or the major cause of any effect. For example thread for the cloth and mud for pot.   असमवायि कारण-             The cause which is next important to samavayi karana in the production of karya is called असमवायि कारण. It is usually the properties and actions indicated here. Example- union of thread for cloth and union of mud particles for pot.   निमित्त कारण-             All causative factors involved in the production of effect other than above two should be considered as निमित्त कारण. It may influence the karya in multiple dimensions. Example- instrument, weaver etc for cloth and pot maker for pot. 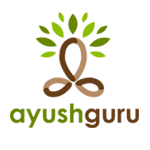